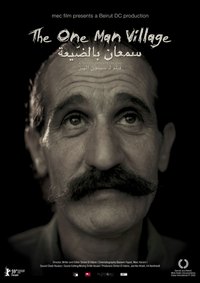 A wonderful work, in every aspect. Radioeins
A film full of poetry and simple worldly wisdom. Berliner Morgenpost
A film that goes under the skin. Al-Mustaqbal

Content
Semaan is leading a quiet life on his farm in the small village Ain el-Halazoun in the Lebanese mountains. The hamlet was completely emptied and destroyed in combats during the civil war in Lebanon between 1975 and 1990. Today, many years after an official reconciliation, its inhabitants, which are all from one family, regularly go back to the village to cultivate their plots of land or visit their houses and always leave before sunset.
In his comforting and humorous film, Simon El Habre observes the life in his quasi ghost village and tries to reflect on the collective and individual memory in a country that seems to live in a collective amnesia, and is vulnerable to a new civil war.