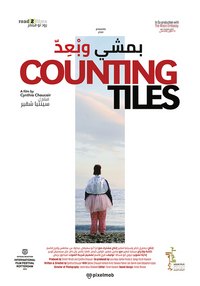 Content
A group of clowns travel to the Greek island of Lesvos on a mission to bring laughter to the waves of refugees crossing the sea to escape from war and enter Europe. Unwittingly, the clowns find themselves greeted with closed gates witnessing the effects of new policies enacted by the European Union towards the refugees.
Cynthia, the sister of one of the clowns, joins them on their journey which slowly becomes a reflection on the sisters’ own tale of displacement during the Lebanese civil war.

In October 2015 my sister Sabine went to Lesvos, as part of a group of clowns with the organization Clowns Without Borders to perform for refugees who were making the dangerous journey across the sea to Europe. Media organizations from all over the world were covering the migration and I was overwhelmed by the coverage. I needed to see it first hand to understand.
In February 2016 I followed my sister when she returned to Lesvos. After I arrived, all of my plans changed. We were denied access to all of the refugee camps.
We ended up being in the middle of nowhere, unsure of what we were even waiting for. I felt as if I was a refugee myself, my anxieties about war came back and I wanted to return home. But going back home meant returning to the memories of war and of our family being displaced from one place to another.
All of these memories swirled in my head while I was filming the clowns waiting, and wondering…
When I was two years-old, my parents fled the civil war in Lebanon and went to Athens. Today, 40 years later, history is repeating itself, with different people and myself in that same place looking at it from a different perspective. (Cynthia Choucair)