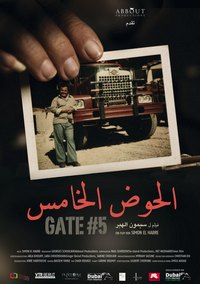 Content
They were young, loved adventures and had choices. In the 1960s and 70s thousands of young Lebanese left their villages and searched for a new life in the city - as countless like-minded people around the globe. The port of Beirut, the city's economic lung and central urban district, provided work for truck drivers - a job that stressed masculinity and became a lifestyle. The income allowed the young men to participate in the vibrant urban life, to enjoy their time at the always-busy Burj Square with its many cinemas and restaurants as well as to start families.

During the years of the civil war (1975-90) the drivers were needed to maintain the supply of food, goods, and sometime weapons between the divided sectors of country. Some were humble, others were heroic, yet all were adventuresomeness and felt free.
After the war ended the once popular Burj Square, the city's centre, was demolished, privatized and rebuild for the affluent. Lebanese economy was reorganised, thus globalized. Today fancy restaurants in the new downtown charge in Dollar and sometimes in Euro.
The truck drivers' universe shrunk to the port where they offer their skills as day labourers now. Yet mostly they kill time and take long journeys in memory. One of them, Najm El Habre, is too sick to join his friends. He found a different way to carry on.