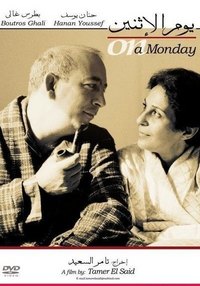 On a Monday
(Youm el-Ethneen)

by the director of In the Last Days of the City