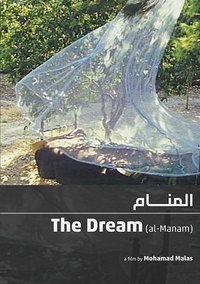 Content
Shot in 1980-81, the film is composed of interviews with different Palestinian refugees including children, women, old people, and militants from the refugee camps of Sabra, Shatila, Bourj el-Barajneh, Ain al-Hilweh and Rashidieh in Lebanon. In the interviews Mohamad Malas questions them about their dreams at night. The dreams always converge on Palestine: a woman recounts her dreams about winning the war; a fedai of bombardment and martyrdom; and one man tells of a dream where he meets and is ignored by Gulf emirs. During filming Malas lived in the camps and conducted interviews with more than 400 people. In 1982 the Sabra and Shatila massacres occurred, taking the lives of several people he interviewed, and he stopped working on the project. He returned to it in 1986 and edited the many hours of footage gathered into this 45 minute film, released in 1987.